RetroPie-Setup is a shell script to setup the Raspberry Pi with several emulators, various cores, and EmulationStation as graphical front end (It also can be installed on a PC running Ubuntu and has some support for the Odroid C1). Bootable pre-made images are available from https://retropie.org.uk/ for those that want a ready to go system.

I am one of the main developers working on RetroPie and work alongside other contributors, who help with the code, graphics, documentation, and tutorials. The project also has a very helpful user base helping out over at the RetroPie forum, as well as contributing to the Documentation.

The main code for RetroPie can be found on GitHub – https://github.com/RetroPie/RetroPie-Setup

History of my involvement

On October 30th 2012, Pimoroni launched a Kickstarter campaign for the Picade – a small table top arcade cabinet for a Raspberry Pi (or other small computer/board). In June 2014 I received my Picade and installed a Raspberry Pi in it. I had previously looked around at available software and had come across the RetroPie project, which was an automated set of scripts to pull together an easy to use emulation system on top of Raspbian. 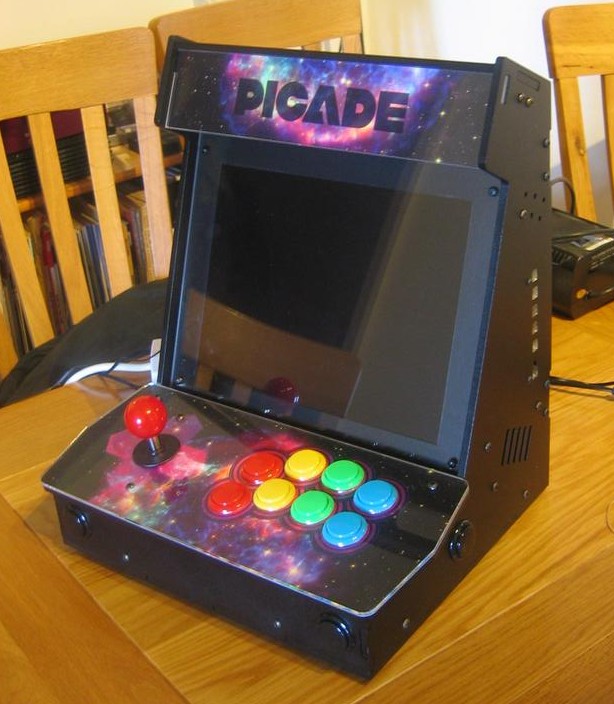 Although decent at the time, it lacked some features I wanted, and I had some ideas for improvements. I started contributing in July 2014,  and have been actively working on it since then. A list of changes/new features can be found in the RetroPie docs – https://retropie.org.uk/docs/Changelogs/